Yesterday, I just read a post on a JKT48 fan from Japan, Joe-san, about a new thread on 2ch (by the way, Joe-san can speak bahasa, and it’s very good!). 2ch is a popular japanese forum, and a lot of fans in Indonesia have been talking about this forum after a JKT48 thread was made here. There are already two threads about JKT48 members made, Rikasen (Rica-Sendy) and Fenabi (Ve-Nabilah). I’m sure you can find the Indonesian translation of Rikasen thread on Google, so please check it. And now, they got a new addition, GhaiNya (Ghaida-Diasta/Nyash)! I’m so happy that finally my oshi has her thread there, paired with Nyash. After seeing Nyash performed [River] on TV weeks ago, I’ve become so fond of her. She can sing well, her posture is so well-build, and she has a great personality. Ghaida and Nyash are also bestfriend, and they are paired in this thread! I can’t contain my excitement about this news so I decide to share this here. Here is the thread;

Before this post is writen, I’ve visited the thread and read a message for Indonesian fans there. I really want to give a comment on the thread, but I’m not sure I have enough courage to tell what I think about Ghai and Nyash. The point is, I really hope for fans in Japan to give a lot of supports for JKT48, especially for Ghaida (and Nyash, to make it fair). Ghaida has been through many problems in her early year as JKT48 member. I know that it’s not only her who have faced that, but Ghaida is a good member and she has a lot potencials. She still needs more push from fans, though I can see that her fanbase is so royal of her. And for Nyash herself, she’s not that active in social media and rarely appears in TV performance. I’ve also heard often that she also rarely performs on theater because of her study. But believe me, once she performs it’s almost an perfection. I tweeted a lot after her performance talking about how her posture (especially legs and her height) was well-build and she was (actually) easy to spot. Many fans have said that her dance skill is so well so it’s dissapointing that management haven’t made mord promotion for her. Together with Ghaida, I think they have great potencial as JKT48 members. Maybe this thread will be a beginning to open management’s eyes to push them? I don’t know, still not sure what will happen :lol:. Guess I think too much of it. 😀

Ah, I almost forgot to thank Joe-san’s friend by making the thread. I’m really grateful and indeed happy for it. If Japanese fans read this, hope you have fun there and keep supporting JKT48 and GhaiNya! 😀 Don’t forget to check my post about Ghaida here! Her cosplay pictures are so good that I almost cried when seeing them for the first time. So proud of her!

Few days ago, I jokingly mentioned Yona on Twitter by suggesting her to do Lolita cosplay, after seeing her neko cosplay pictures given by my friend. I knew that she’s been known as a cosplayer before joining JKT48, but I never really imagined that she was that good. It turned out that she was also great in Lolita. Aww.. Look at this maid, isn’t she adorable? 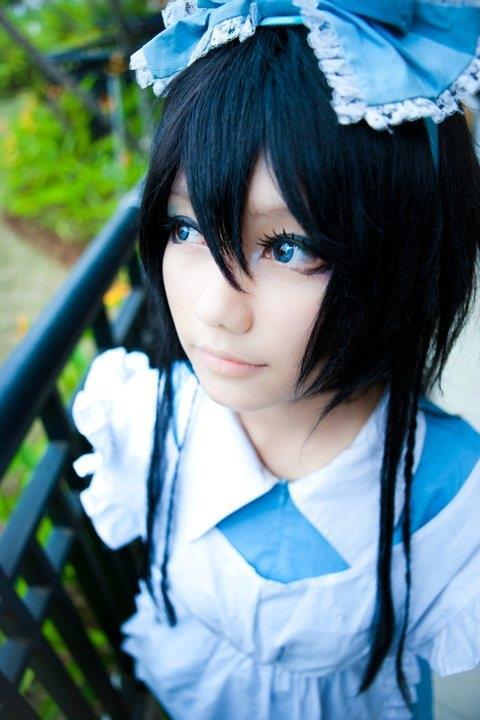 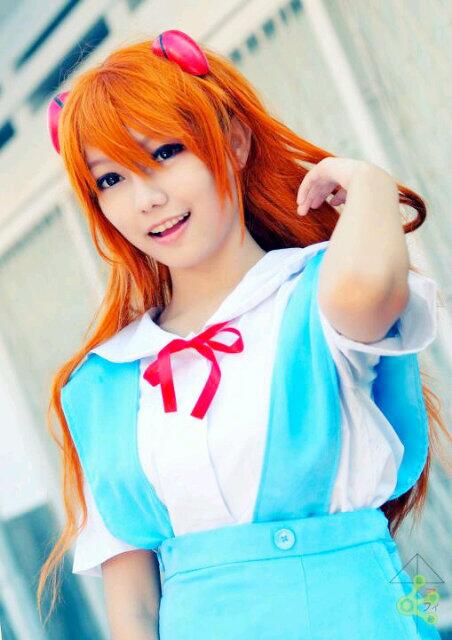 But of course, I really wanted to see more of it. 😆 Who doesn’t want to, if the pics were these good? 😀

From the title you could imagine how shocked I was when seeing the picture Ghaida had tweeted on the next day. What the heck? The one I asked was Yona, not Ghaida, right? Nonetheless, I was extremely happy that Ghaida proved herself womanly enough (?), moreover in lolita dress. The background, costume and accessories, along with her long black wig, made me almost cried. Well done, Ghaida, well done. :’)

Currently there are about 5 pictures (or more?) of Ghaida in Lolita fashion. Two newest ones were in Usagi (rabbit) version. A friend from Australia (who’s also Ghaida oshi like me) commented, “Oshi wants to kill us via nosebleeds”. Gyahaha.. Nah, I’m not dying, I’m flying to the ninth cloud heaven. And surely, with this cute usagi!! XD

Ah, but actually I much prefer this, because in this pic she looks much more adorably younger. 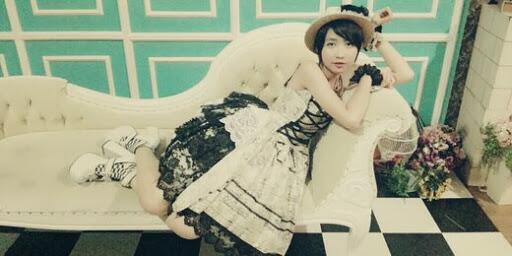 @razgriz2520 made the compilation of Ghaida’s lolita pictures in his tumblr. And, to add the collection, there’s Yona compilation page!!! Ah, thanks Riz!!! 😀

I wonder if they would like to do cosplay duet, or trio with Diasta some time in future. Ah… I can only hope for it… :3 By the way, some members commented about Ghaida’s pictures in “Pink Usagi” versions :

Oct 18 : So I just can’t help but giving a new update about Ghaida’s cosplay. Looks like it got attention from AKB48WrapUp, here’s the tweet:

“#JKT48 Ghaida is Japanophile especially loves Tokusatsu Kemen-rider movies.
She study Japanese literature in college & will visit Japan for her graduation survey. She was unwilling to join audition at first, but her elder sister persuaded might have a chance to visit Japan (which she’d been eager to do) if she became #JKT48 member. (two pictures were also attached on the tweets)”

Though I still hold some grudge because this account had blocked me, but seeing the tweets about Ghaida brightened my day. Hopefully Ghaida will have more attentions from foreign fans by this news. By the way, the pic attached in it was one that she has taken with Yona in KFC’s HS event. I had been wanting to make a post about it long time ago but I kinda forgot about it… Heheh… 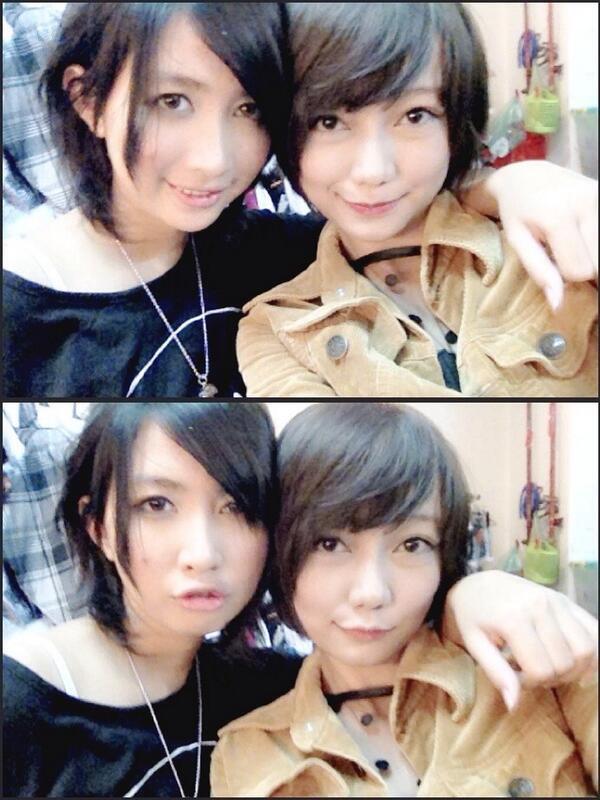 In this HS she had told that she had wanted to cosplay as Neko Mimi (which she did wonderfully), and a seme Neko above all! God, Ghaida.. Hope you do more cosplay from now on. I’ll be looking forward to it for sure!!

If anyone is curious about Yona, she is a second generation member and currently in Team KIII. She’s my oshimen in Team KIII, and a bit like Ghaida in cuter and quieter version. Please support her too. ^^